You are here: YMAC > Pilbara Region News > The Beauty of the Pilbara on Show in Port Hedland and Perth 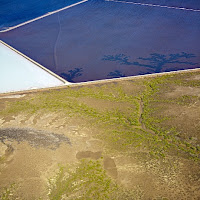 A group of five artists spent a year touring the Pilbara with their cameras and the result is 52 Weeks On: A Pilbara Project Exhibition. The show features stunning images of how the people, mining industry and ancient country interact.

The Pilbara Project is a long-term project which documents, maps, illustrates and celebrates the diverse characteristics of the Pilbara.

The exhibition seeks to engage people to think differently about the Pilbara. While the region has already given the Australian economy so much, it has even more to offer, to multiple people and on multiple fronts.

More information on FORM’s projects, including the Spinifex Hill Artists in South Hedland can be found at www.form.net.au
Image: Christian Fletcher, Karratha, 2010