You are here: YMAC > Board 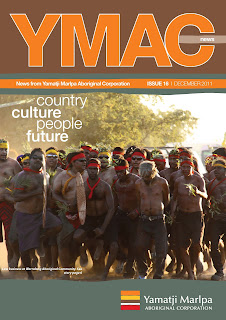 The latest issue of YMAC News is now available from our website, featuring some great stories of Traditional Owners in the Pilbara and Midwest looking after their country, culture and heritage.

Click here to read about steps the Nyangumarta people have taken with the State Government to protect their sea country, a legal decision that supports protection of the heritage-listed Weld Range, YMAC staff learning about Aboriginal culture, and some exciting photos of recent law business at Warralong Aboriginal community.

This issue also includes the outcomes of YMAC’s Annual Regional Meetings, information about YMAC’s operations this summer, and a feature introducing two members of our Board of Directors, Selina Stewart and Ben Roberts.

The 2011 Annual Regional Meetings (ARMs) were held in Meekatharra on November 19 and South Hedland on November 26. All YMAC members were invited to attend to vote on a number of resolutions and to raise any questions about YMAC’s operations.
Unfortunately, a loss in the Meekatharra community meant that it was not possible for many members to attend the meeting on 19 November.
YMAC staff, Regional Committee members, and the members present at the meeting offered their sincere condolences to the family of the man who had recently passed away.
There were seven vacant positions on the Yamatji Regional Committee, and the following people were elected:
Gloria Fogarty
Victor Mourambine
Ron Simpson
Pam Mongoo
Paul Baron
Kathleen Musulin
Deceased Person
At a special Yamatji Regional Committee Meeting held immediately after the ARM, Paul Baron was re-elected to the vacant position on the Board of Directors.
Peter Windie and Roy Bellotti were re-elected unopposed as Chair and Deputy Chair respectively.
Sadly, since his election, one of the Yamatji Regional Committee members has passed away. The YMAC staff, Board and Committee members offer condolences and sympathy to the family of the deceased.

The Pilbara ARM was well attended and accepted the Nyangumarta people’s decision to appoint Dianne Stewart as their representative on the Regional Committee, replacing David Wright. The Committee thanked Mr. Wright for his long service. 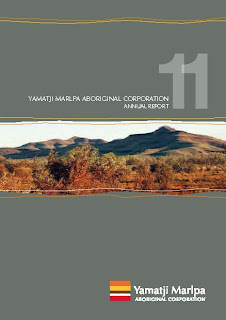 YMAC is proud to release our Annual Report for the 2010-11 financial year. In addition to our complete financial statements, the report also contains many highlights from the year, a message from the CEO, a report from the Board of Directors and many beautiful pictures of country.

YMAC Regional Committee and Board of Directors Meetings

All members are eligible to nominate for their Regional Committee. Membership is open to all Yamatji and Marlpa adults. If you would like to become a YMAC member click here to download a YMAC membership form. 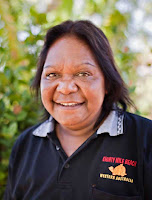 
Natalie’s enjoys camping on country and spending quality time with her grandchildren. Her aspirations for the future include improvements in health, education and economic opportunities for Aboriginal people, and to see recognition of culture and a strong future for all.

The latest issue of YMAC News is out today, with a new look and expanded format. In issue 13 of YMAC’s newsletter you can catch up on what has been happening at YMAC over the past three months with stories on the agreement between the Yugunga-Nya people and Sandfire Resources, the National Heritage Listing for the Weld Range, YMAC’s uranium community guides, the Premier’s Australia Day Award for the Aboriginal Communities Charitable Organistaion, the three YMAC women who were honoured for International Women’s Day, as well as profiles of some of our board members.

Click the link below for an electronic version or email srosenfeld@ymac.org.au to request hard copies for yourself, your family, your business or workplace.

Yamatji Marlpa Aboriginal Corporation (YMAC) is extremely proud that two of its staff members and one of its Board members have been honoured at an event in Adelaide marking ‘International Women’s Day.’

Mrs. Donna Murdock, Yamatji Regional Manager, Ms. Margaret Rose, Senior Community Liaison Officer and Mrs. Doris Eaton, co-chair of YMAC’s Board of Directors and 2009 NAIDOC elder of the year, have been recognised by the National Aboriginal and Torres Strait Islander Women’s Alliance (NATSIWA) for achieving change for their people and communities.

To celebrate the one hundredth International Women’s Day, NATSIWA has recognised one hundred Aboriginal and Torres Strait Islander women who have shown leadership and achieved change over the past one hundred years.

In addition to a rally in Adelaide on 10 March 2011, there is  a poster featuring some of the nominated women that will be widely distributed to schools, non-government organisations and government departments. A blog has also been created where the women will contribute to forums on issues facing Indigenous women.

Mrs. Murdock, Ms. Rose and Mrs. Eaton were all chosen because of their activism, leadership and commitment to their regional communities. They have contributed to their communities in the areas of health, education, business development, native title and traditional culture.

“It’s a great pleasure to be recognised and to be honoured among other women who have been working hard for their communities. It is really rewarding for us Indigenous women to come together from all parts of Australia and have it be recognised that yes, we are making a difference,” said Margaret Rose.

Simon Hawkins, YMAC’s Chief Executive Officer, said of the news, “It’s wonderful to see some of the hard-working, community-minded Aboriginal women of the Midwest and Pilbara regions being celebrated nationally for their achievements. YMAC congratulates Mrs. Eaton, Ms. Rose and Mrs. Murdock on their nominations, and I can say personally that it has been a huge honour to work with them over the years.” 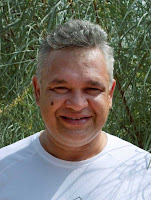 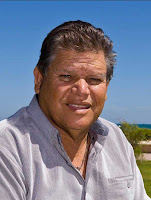