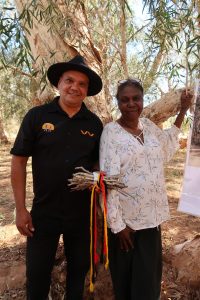 The WAAAC is a statutory board under the Aboriginal Affairs Planning Authority Act 1972, and will play a key role in working with the State Government on priorities, including the development of an Aboriginal Empowerment Strategy, Closing the Gap, Aboriginal youth suicide and reducing incarceration of Aboriginal people in custody.

Both Danny and Linda have been working with the other interim members of this group since February of this year, advising the State Government on how it can better engage with Aboriginal communities to ensure their voices are heard when it comes to decisions being made that affect them, developing a Terms of Reference and suitable structure to achieve its objectives.

YMAC commends the PAV Co-Chairs for their work to-date representing the Pilbara region at this level, and looks forward to continuing to support them in our capacity as acting secretariat for PAV to see the positive outcomes they accomplish in future as members of the WAAAC.