Support for reconciliation in Australia higher than ever

The ‘2020 Australian Reconciliation Barometer’ (ARB) shows that support for reconciliation is growing and that more Australians know how to get involved. According to the report, the ARB indicates a steady improvement, however inequality and racism against Aboriginal and Torres Strait Islander peoples is still an issue.

The survey included 495 Aboriginal and Torres Strait Islander people and 1988 general community members, across all states and territories. The report outlines five dimensions of reconciliation:

For more information about the 2020 Australian Reconciliation Barometer click here.

Industry, and State and Federal legislation have been held accountable by the Joint Standing Committee on Northern Australia Inquiry into the destruction of 46,000 Year Old Caves at the Juukan Gorge in the Pilbara.

The Committee tabled an interim report, titled Never Again from its Inquiry to Parliament on December 9 2020. They noted that more time was needed to produce a full report to cover such complex issues.

The findings make it clear that several laws must change to address the power imbalance inherent in State and Federal legislation.

A copy of the media statement YMAC has prepared in response to this report in available here.

YMAC will continue to advocate for legislative reform, for a fairer and more balanced environment for Traditional Owners to undertake agreement-making and for central involvement in decisions about what happens on their Country. 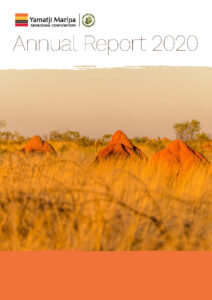 YMAC’s Annual Report 2020 is available to download from this website.  Copies of the publication are being posted to members and additional copies are available also at YMAC offices. 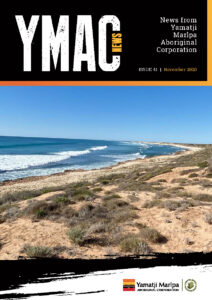 In this edition of YMAC News we update you on: