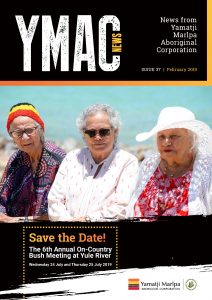 Review of the Aboriginal Heritage Act

YMAC has long advocated for an overhaul of the Act, and it’s great to see that not just an overhaul, but a repealing of the existing Act and new Aboriginal heritage legislation is being proposed.

Aboriginal heritage sites across the State not only hold deep cultural significance for Aboriginal people, they are iconic and in many cases internationally recognised.

YMAC believes it is particularly important that we see change with respect to ensuring Aboriginal people have a strong say in an appeal process on decisions affecting their heritage and land.

A number of information sessions are planned to be held all over the State, including:

YMAC encourages Traditional Owners to get involved and attend these sessions.  For timing and location details, as well as other locations throughout the State, click here.

The discussion paper and details on how to get involved in the review can be found at http://www.dplh.wa.gov.au

The Close the Gap campaign is about improving health outcomes for Aboriginal and Torres Strait Islander peoples. It is a highly regarded movement for Indigenous Health Equality that has shaped government policy. It is led by Aboriginal and Torres Strait Islander organisations and supported by mainstream health and advocacy organisations from around the country.

Why is closing the gap so important?

“Be part of the generation that closes this gap forever”.

To find out more about the campaign and how you or your organisation can get involved click here. 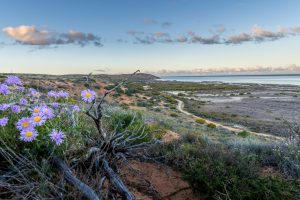 Photo: Malgana Country.  Photo by Jose Kalpers from YMAC, with the permission of the Traditional Owners.

Yamatji Marlpa Aboriginal Corporation (YMAC) has welcomed plans by the WA Government to expand the State’s conservation estate, creating five million hectares of new parks and reserves over the next five years.

The expansion will go hand-in-hand with the principle of jointly managing, and in some cases jointly vesting, these new reserves with Traditional Owners, which means valuable training and employment opportunities.

YMAC is proud to already be assisting such ranger groups, through the Nyangumarta and Malgana land and sea management programs.

YMAC looks forward to assisting with the consultation process associated with Government’s ‘Plan for Our Parks’ and will strongly encourage Traditional Owners to get involved.

To view the Plan visit: pws.dbca.wa.gov.au/planforourparks. 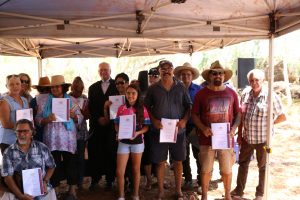 It was a long time coming to achieving native title recognition for the Palyku people and yesterday was an emotional occasion for many as the Federal Court formally recognised the Applicants as native title holders over a determination area of 9,308 square kilometres.

The on-Country court hearing was held at Wild Dog Creek – approximately 155 kilometres north of Newman, WA. About 100 people attended the hearing, including representatives from the Federal Court, State and Federal governments, and Traditional Owners.

Traditional Owner David Milroy said, “This Determination means a lot to the Palyku people. It’s been a long journey to get to here. This native title recognition is a historic event, and we acknowledge and celebrate this important milestone.”

More than 200 guests attended the 2018 Indigenous Governance Awards (IGA) at the Crown, Melbourne in November last year.  YMAC is honoured to have been acknowledged as a finalist at the awards ceremony.

The awards highlighted the fact that Aboriginal people have managed this land for a long period of time, and Elders have continued to pass on their knowledge, traditions and customs to future generations. Australia is a richer place because of this strong connection to culture.

IGA has recently released the finalist videos, to view YMAC’s video in the Category A section (Outstanding examples of Indigenous governance in Indigenous incorporated organisations) please click below. 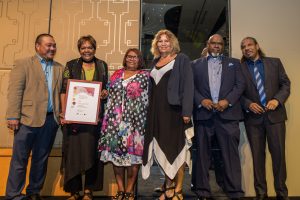 YMAC’s Board of Director’s at the Indigenous Governance Awards in Melbourne.