Through the Australian Government’s Caring for our Country initiative, Community groups around Australia can now apply for small grants to help fund local environmental and sustainable agriculture projects. The 2011-12 Community Action Grants round will make $5 million dollars available to rural, urban and Indigenous community groups to help them conserve and protect their local environment and natural resources.

These grants will enable community groups and local Indigenous organisations to look after their country through programs that protect biodiversity and natural icons, coastal environments and critical aquatic habitats.

Check out issue 14 of YMAC News

The latest issue of YMAC News is out today, filled with information about the great work being done by traditional owners and YMAC staff. Issue14 of our newsletter focuses on the land access deals struck between four native title groups and Rio Tinto Iron Ore, with sections on each group and what the agreements will mean for them.

There are stories about  our co-chair of the Board talking about carbon farming in Canberra, the realease of YMAC’s community guide, the substantial role played by YMAC at the annual National Native Title Conference, as well as profiles of some of our board members.

We hope you enjoy the 14th issue of YMAC News.
Click the link below for an electronic version or email srosenfeld@ymac.org.au to request hard copies for yourself, your family, your business or workplace.

Lake Moore, a dry salt lake south of Paynes Find, is a very special place for Badimia people. Many Badimia people visit the area with their families every year to go camping, hunting, collecting bush medicines and teaching the younger generations about country and culture. Lake Moore and the surrounding area is not only important as a place for Badimia families to go out on country, but it is home to very sacred places where ceremonies traditionally took place. 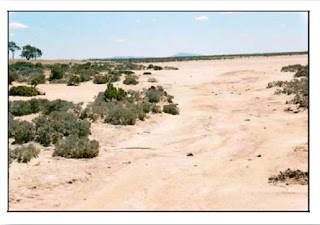 NAIDOC Week, an annual celebration of the history, culture and achievements of Aboriginal and Torres Strait Islander peoples, is fast approaching. NAIDOC is a time for both Indigenous and non-Indigenous Australians to celebrate.  The week is a great opportunity to participate in a range of activities and to support your local Aboriginal and Torres Strait Islander community.

NAIDOC originally stood for ‘National Aborigines and Islanders Day Observance Committee’. This committee was once responsible for organising national activities during NAIDOC Week and its acronym has since become the name of the week itself.

There are a number of community celebrations in the MidWest and Pilbara, including NAIDOC Idol in Karratha, A family day in Geraldton, a community concert in Port Hedland, and a film festival in Carnarvon, to name just a few.

To find out about NAIDOC Week activities in your area, contact your nearest Indigenous Coordination Centre (ICC) on free call 1800 079 098. There are ICC offices in South Hedland, Geraldton, Perth, and many other locations nationally.

﻿﻿YMAC, and Pilbara traditional owners, have received unprecedented media coverage in state, national and international media regarding the recent signing of historical agreements with Rio Tinto.

The news hit the headlines on Friday, 3 June, continued over the weekend and into the week of 6 June. The story, and YMAC’s CEO, Simon Hawkins, featured in the following major media outlets;

Keep and eye out for more great news stories coming up for YMAC, and the traditional owners we represent, in 2011!

The agreements are a result of seven years of extensive negotiations between the four groups, represented by Yamatji Marlpa Aboriginal Corporation (YMAC), and the Rio Tinto Iron Ore group.

The final agreements give Rio Tinto certainty for its existing and future operations in the areas covered by the four native title claim groups;

The total area involved in the agreement is about 70,000 square kilometres and includes existing mining operations at Brockman 4, Mesa A, Mesa J, Hope Downs, as well as any future Rio Tinto mines and operations in the native title claim areas.

Under the agreement, the four native title claim groups have negotiated a range of economic and non-economic benefits. These include an income stream from mining on their lands, training and job opportunities, access to contracts for services for Rio Tinto and support for environmental and heritage activities. The agreement also includes mining exclusion zones that recognise the importance of significant sites such as burial and ceremonial sites, as well as important water holes and ecologically sensitive areas.

“The signing of these agreements is recognition of the professional way in which the parties have been able to work together to get the best outcomes,” he said.

“Through the negotiations, the native title groups now have an established relationship with Rio Tinto that they can build on for their future.

“The real work starts now to implement the agreements and ensure the native title claim groups benefit from their commitment,” he said.

Mr Hawkins said rigorous corporate governance and benefit management structures were being put in place to underpin the implementation of the agreements. This includes the establishment of four local Aboriginal corporations to manage the agreements for each group and a broader regional corporation to implement seven regional standards relating to Rio’s operations.

Indigenous Land Use Agreements (ILUAS) will be signed later this year between the four native title groups, Rio Tinto and the state government, with on-country celebrations planned for later in the year.